“Finish your plate! Some children are not as lucky as you and don’t know when their next meal is coming!” So many of us heard this as young children unaware of food waste… Fortunately we have grown up and now know better about finishing our plate. Or do we?

Did you know that up to half of the food produced worldwide goes to waste? It is crazy that we, as a society, accept and perpetuate this mere act of purposely throwing away perfectly good food when so many near us go to sleep hungry. 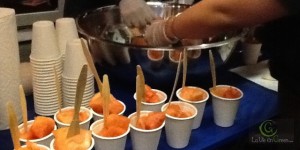 That was also Feeding the 5,000‘s thought as the British born organization started to put in place local ways to collect unwanted but fully edible foods and redistribute them to people who needed them most. Active since 2009 in the UK, they are now launching food waste campaigns internationally by bringing together local organizations to nationally implement the solutions to this global food waste craziness.

New York City was their first stop in the U.S.. Their team, led by founder Tristram Stuart, visited local NY-NJ farms and gleaned huge quantities of blemished tomatoes, supersized watermelons, surplus squash, eggplants and other fresh produce that would have otherwise been wasted. They gave most to local food banks and are distributing the rest in NYC as part of their global food waste campaign, in partnership with the United Nations Environment Program, “Think.Eat.Save”.

You may fairly wonder why so many fruit and veggies are left to rot in the fields? Two main reasons to this ongoing waste:

Do these sound like legit reasons to create such waste to you? And knowing that the approximate 40 million tons of food wasted by US households, retailers and food services each year would be enough to satisfy the hunger of the nearly one billion malnourished people in the world (Source: Tristram Stuart’s book, Waste: Uncovering the Global Food Scandal) only makes it worse. That’s not even counting all the wasted resources put into growing this wasted food: quality soil that could have been used productively, water for irrigation, greenhouse gas emissions, farmers’ time… 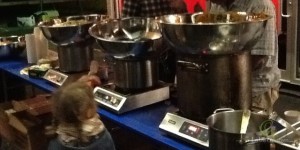 Feeding the 5,000’s launch edition of Disco Soup NYC at Chelsea Super Pier on Sept. 20th was the official party event for their first U.S. stint. And it wasn’t thoughtless fun. Yes, there was celebrity Chef Paul Gerard making the soup, live DJ-ed music, and a crowd of cool and pumped Greenies. But the purpose was really to raise awareness on the crazy levels of global food waste. And hopefully generate some engagement via the promotion of solutions. As in eating vs. wasting. 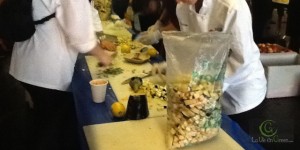 Attendants joyfully chopped and prepared salads and soups using the salvaged local farms’ fruit and vegetables. Now that the seeds were sowed, taking the movement to the next level will require lots of buzz to educate unaware crowds and get them to pitch in. Given the magnitude of the waste, there is work for many willing organizations, and then some!

The first step is about creating connections between givers (farms, businesses) and takers (volunteers, you, us), then set up a process so the ball gets rolling… Check out www.feeding5k.org to keep in touch with their actions, and consider signing their pledge to watch your own foods waste and demand that businesses do the same. Then share with family and friends to expand the reach of your good deeds! 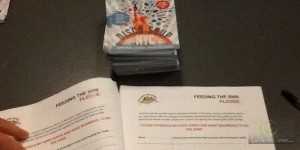 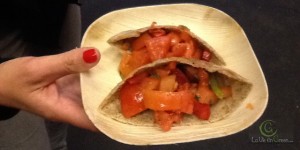 Credit photo: The farmer eating a red pepper bell next to a pile of produce photo comes from Feeding the 5000’s facebook page.

6 Tips to Help Keep Produce Fresh Longer in the Fridge